The Mediterranean Sea is a body of water almost completely enclosed by the Eurasian and African continents. It is bordered by southern Europe in the north, the Middle-East in the East, and North Africa in the South. To the west lies the Iberian Peninsula and Morocco, with the Straits of Gibraltar being the sole point of entry and exit into the sea until the creation of the Suez Canal in the 1860s. After the Straits of Gibraltar, the vast sprawl of the Northern Atlantic Ocean serves as a breeding ground for many of the fish that inhabit the Mediterranean.

The Mediterranean is of immeasurable historical significance in Europe, Asia and Africa alike. From the earliest days of civilisation, the Phoenicians colonised many of its islands and shores, leaving ruins and archaeological evidence of flourishing trade ports, some as old as 5000 years.

As technology advanced and the early empires of man rose and fell, the Greek civilisation came into existence about 3000 years ago. Its main cities of Athens, Sparta, Corinth and Rhodes, used their naval dominance to establish a colonial empire spanning the entire Mediterranean Sea. From Marseille to Syracuse to Troy, they fished and sailed its beautiful waters. These colonies in some cases became so rich and prosperous from trading the bounties of the sea that they broke off into their own nations, most notably Troy.

The last and arguably greatest of the empires to arise in the Mediterranean was the Roman empire. The very name Mediterranean comes from the Latin mediterraneus, meaning “inland”. Indeed, the Romans spread their empire all over Europe, as well as Turkey, the Levant, and all of North Africa, thus encircling the Sea. While the word Mediterranean we use comes from Latin, the Romans themselves called it the mare nostrum, literally “our sea”.

The sea’s rich bounty of fish and other marine life allowed the Romans to feed themselves, as well as make things like dyes and tools, but most importantly of all: Salt. In the days before refrigeration, salt was one of the only was one could conserve food for the winter. Its importance was such in ancient civilizations that many soldiers were paid with salt: the word “salary”, (from Latin salarium) referred to the quantity of salt soldiers were allowed to buy.

This importance of salt was made tenfold in an Empire that needed to get food from one end, of what was at the time the known world, to the other in edible condition.

The Romans made a seismic impact in the culture of the Mediterranean, with the Roman Empire surviving until the fall of the byzantine capital of Constantinople in 1453. This marked the end of nearly 2000 years of cultural, military, economic and political dominance that continue to shape Western, Middle-Eastern and African societies today.

The Mediterranean has and continues to act as a cradle for development. While it allowed early and medieval civilizations to prosper from its resources, the huge growth of trade from the 16th century onward led to the creation of the Suez Canal. The Mediterranean today is one of the most important shipping lanes in the world, allowing for the transit of goods from all parts of the world to Europe, home to many of the biggest economies in the world.

While the future is uncertain, it looks bright: the formation of the European Union has allowed many of the poorer countries surrounding the Sea to undergo tremendous economic development, as well as encouraged cultural and culinary exchanges.

Those culinary exchanges have now spread throughout the world and to experience the wealth of tastes, aromas and sensations of the various Mediterranean cuisines, pay a visit to Au Parc Restaurant and enjoy our unique location, with a menu of exciting sandwiches, salads and snacks as well as breakfast and brunch set menus. There you can also enjoy a generous offering of smoothies, wines and high-quality coffee made by our baristas. 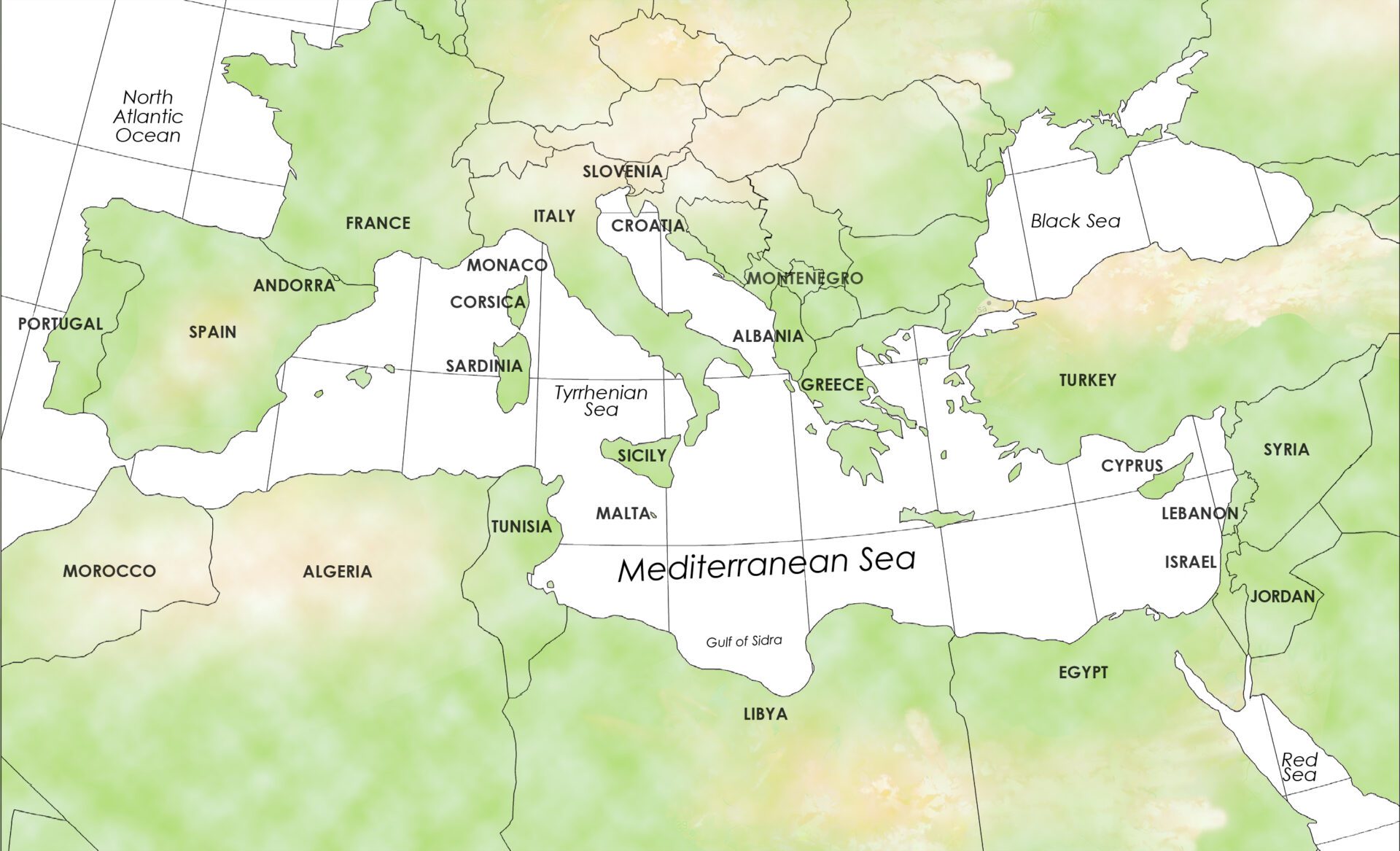 A history of Turkish food