Coffee is one of the most popular beverages in the world. Widely enjoyed for its rich and warm taste and energizing effect, coffee is a drink with a history just as deep as its taste.

From its still unknown origin to its use by mystics throughout history as a spiritual drink, the mysteries of coffee are still being uncovered today. We’ll be looking at what coffee is, how it came to be one of the most popular drinks in the world, and how it’s served and enjoyed in many different cultures.

Coffee is a drink made from brewing ground and roasted coffee beans with water. These coffee beans are actually the dried seeds of the coffee cherry, harvested from the coffee tree. It can be served hot or cold, with a variety of condiments like milk, sugar, spices or even cheese.

The drink is renowned for its energizing effect, due to the fact that coffee beans contain caffeine, a stimulant and cognitive enhancer. Additionally, the rich and deep taste of coffee is enjoyed by millions worldwide.

The most commons variety, accounting for roughly 60% of the world’s coffee production. Thought of by many as the “original” coffee plant, this variety originated from the horn of Africa and is well suited to the relatively dry conditions of the area.

This variety accounts for the rest of the world’s production. Native to Western and Central Africa, the plant was imported by colonists to South-East Asia (Particularly Vietnam, Indonesia and the Philippines) where it flourished under ideal growing conditions. Robusta is generally cheaper than arabica, owing to its very strong taste and much higher caffeine content.

Representing less than 1% of the world’s coffee production, this highly expensive variety native to Western Africa is now grown almost exclusively in Malaysia, Indonesia and the Philippines. The plant yields a lot less beans with every harvest, and requires great care to produce good coffee. It is therefore limited to a few luxury brands.

There are many different ways of brewing coffee, from the classic espresso or French press to the more exotic Turkish coffee or Vietnamese drip coffee, or even cold brew, which forgoes hot water completely. However, all of these different techniques revolve around the same idea: passing water through ground coffee beans to obtain a dark, rich and aromatic beverage.

Coffee’s first recorded use dates to 15th century Ethiopia, where it was exported to nearby Yemen. It rapidly found popularity among local Sufi Muslims. (Sufism is a mystical school of Islam which features personal rituals such as meditation and dancing.) They used it as an aid to concentration during their meditations and started opening coffee houses across the Middle East.

The practice of drinking coffee rapidly spread to Constantinople (modern-day Istanbul), where it flourished under Ottoman culture. As the Ottoman empire expanded trade relations and its territory, it spread coffee throughout Europe where it exploded in popularity.

Coffee houses were opened in every major European city, and before long they became the choice place for intellectuals, artists and aristocrats to meet and enjoy a cup.

Europeans rapidly became the world’s largest consumers of coffee, but it remained a luxury good as the trade routes controlled by foreign powers resulted in it being extremely expensive. However, with the discovery of a new continent whose climatic conditions were ideal for growing coffee, the problem seemed solved.

Indeed, within a century of the discovery of the American continent, European settlers established very successful coffee plantations in the Caribbean and South America, with Brazil and Saint-Domingue (now Haiti) becoming the source for a vast majority of the world’s coffee production.

Coffee eventually made it to Southeast Asia in the 1800s when French colonists brought the plant with them. While the arabica variety of the plant struggled to grow in the humid plains and hills of Vietnam and Cambodia, Robusta coffee found a new home with ideal growing conditions.
Since then, Vietnam has become the world’s largest exporter of Robusta beans, and the world’s second largest exporter of coffee beans.

This explosion in world coffee production as well as innovations in logistics and storing methods helped coffee become an international staple by the 1950s. Additionally, coffee’s energy-giving properties made it a favourite among all classes of society to help fuel people through a long day of work.

Coffee preparations vary wildly from culture to culture : from the intense and small Italian espresso to the classic French press to the spiced and bitter Arabic قهؤة (qahwa), the drink is enjoyed in many different shapes and sizes.

Generally served in the morning and at the end of meals to aid with digestion, coffee is a drink that can be enjoyed at any time of the day.

In some cultures, it is an integral part of the meal: in Finland for example, kaffeost is a traditional breakfast consisting of a big cup of coffee served with a traditional Finnish cheese that is dipped into and enjoyed with the coffee. The classic French breakfast features a bowl of cafe au lait (milk coffee) with pastries or bread, perfect for dipping into the light and creamy coffee.

At Au Parc, you can enjoy a selection of imported and local beans. Made fresh to order, we strive to offer you the perfect cup no matter the time of day. Our menu also includes coffee-based cocktails and decaf, ideal to enjoy at any time of day. 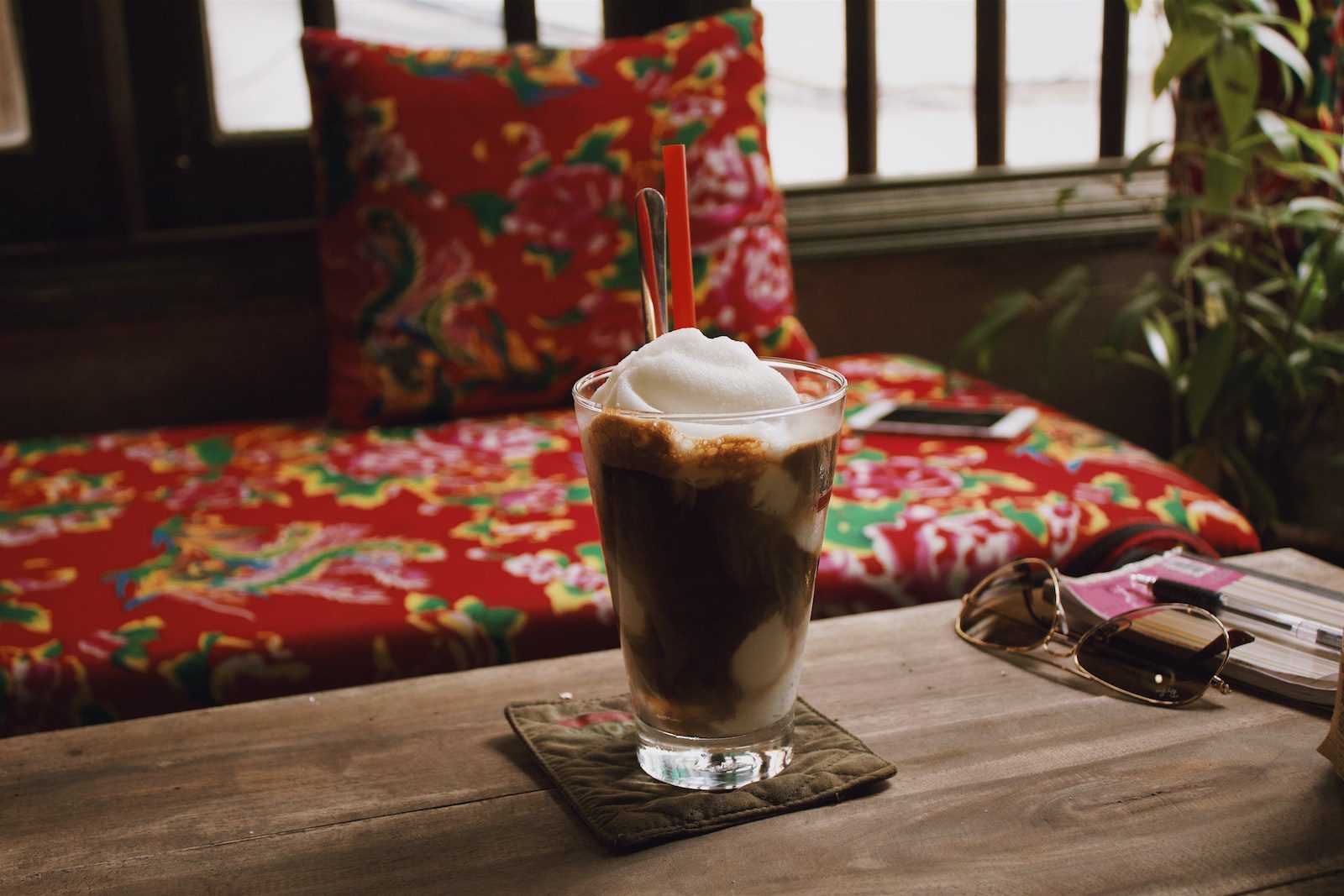 What is the Mediterranean?

A history of Turkish food