Turkey is a land with a rich history: one of the initial cradles of civilisation, it saw the Babylonians, the Phoenicians, the Greeks, the Seljuks and the Ottomans make their homes in its fertile valleys, Mediterranean coasts, and breath-taking mountains. Through this near 10,000 year period of history, each of these cultures left their imprint on modern culture, particularly in food. Turkish cuisine is renowned worldwide for its variety of tasty and healthy dishes, made from local produce with an emphasis on freshness and nutrition.

Today we’ll be looking at what we know to be Turkish food and more interestingly, where it came from.

Situated at a natural crossroads, modern turkey straddles the Anatolian and Hellenic peninsulas, linking Europe to Asia. Because of its unique location, Turkey has existed in contact with and enormous amount of radically different cultures: from the Greeks to the west to the Slavs in the North and the Arabs in the South, Turkish culture and food is a unique mix of these foods.

The first permanent “Turkish” state arose in the 11th century with the arrival of the Uyghur Seljuk tribe. They settled in the central Anatolian mountain range, erecting their magnificent palace-capital Konya. A people of Turk-Persian origin and culture, their proximity to the Byzantine empire turned their culture into a unique mix of Middle Eastern and Greek influences.

Their food followed suit, consisting of Central Asian staples such as mutton and horse, as well as an emphasis on dairy. Classically Persian and Greek produce was also very present, in particular nuts, beans, grapes (as well as raisins for the making of wine), and grains like wheat, barley and bulghur.

Meals typically consisted of grilled meats, stews, breads and pastries (both savoury and sweet), with vegetables typically served as an accompaniment, as well as fruit and candy at the end of a meal.

Staple drinks included coffee, sharbat (a sort of fruit syrup made from fruits and honey), coffee (served at the end of meals), wine, and srkencubin (a beer-like drink made from barely or wheat, honey, vinegar and water), although these last 2 were haram (prohibited in Islam, the state religion) and mainly consumed by the conquered Christian peoples of the Anatolian Empire.

The diet was fairly humble, with a typical breakfast consisting of cheap and filling staples like bread, cheese and soup. Coffee was served throughout the day at the end of meals.

The fall of the Seljuks and subsequent rise of the Ottomans in 1308 led to massive changes in the region. The Ottomans successfully conquered the rest of modern day Turkey, as well as swathes of the Balkans, going as far as Vienna in 1453. This massive expansion led to the integration of new cultures and peoples into the nascent empire: the recently conquered Byzantine Empire, the Slavs of the Black Sea, the Arabs and Turks of the Caucasus and Arabian peninsula were all adsorbed into already rich culture of the Seljuks. This of course led to major changes in the diet, as well as the regionalization of cuisine.

While the cuisine of Anatolia, the central seat of Seljuk power, remained largely unchanged, 2 new “styles” of cuisine made their way into the Ottoman diet: the Mediterranean peoples of the Southern coasts introduced their staples of vegetables, olive oil, seafood and dairy, while the Slavic-influenced people of the rich northern valleys and coasts bordering the black sea introduced corn and anchovies to the empire.

The Mediterranean diet made perhaps the biggest impact on Turkish food culture: it’s healthy and fresh salads, herbs and vegetables are widely eaten around the world today. Staples such as olive oil, fresh herbs and vegetables, feta and halloumi cheese and lemons are core parts of healthy diets today.

After the Ottoman Empire’s defeat in World War I, Mustafa Kemal Ataturk led a revolution to overthrow the 623-year-old Ottoman sultanate, and founded the newly secular Republic of Turkey.

This early period saw sweeping societal changes and a modernisation of Turkish culture: equal rights were granted to women, a new Latin alphabet-based writing system, along with increased freedoms to the entire population and the establishment of a parliamentary democracy that still stands today.

This reflected in the modernisation of the Turkish diet becoming very similar to the diet we see today: staples such as hot soup, served at the beginning of meals, follow by roasted or stewed meats like kofte (grilled herby lamb meatballs) or kebab (skewers of chicken, beef, lamb or offal) accompanied by cold vegetables sides called mezze and various breads like durum (flatbread).

And the end of meals, coffee and sweets like lokum (a chewy, sugary treat often flavoured with rosewater or pistachios) or kunefe (a sort of fried cheesecake drenched in honey or rosewater syrup) are often served.

Through all this change: bread has remained a central pillar of the Turkish diet. From durum, eaten with doner (thinly shaved roasted meat) as a tasty sandwich, to simit (a ring-shaped, sesame-covered bread), enjoyed with a hot cup of cay (spiced tea) and various jams and butter or clotted cream for breakfast.

If the enchanting cuisine of this beautiful country sounds like something you would enjoy, please come visit us at Au Parc Saigon to enjoy or wide range of Turkish breakfast, lunch and dinner options! From shakshuka to kebab and kofte to mezze, you’re sure to find a fresh and healthy dish to match your cravings for breakfast, lunch or dinner. Wash it down with one of our many beverages, such as Turkish coffee or chai! 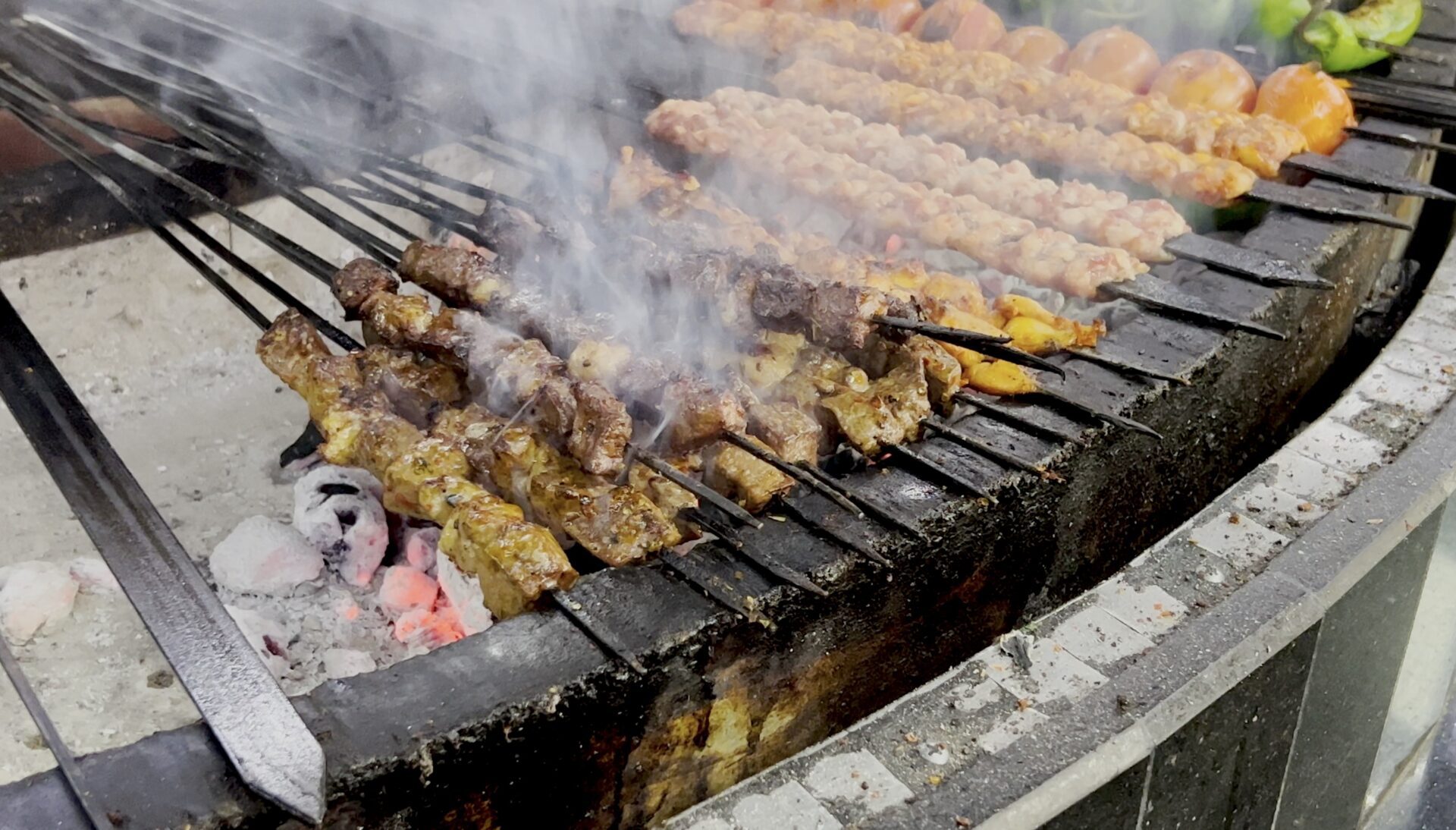 What is the Mediterranean?

A history of Coffee